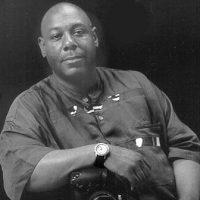 He has been a staff photographer and contributed to many publications, including the Current Newspapers, D.C. City Desk, the Latin Trade Report, El Pregonero, Brookings Review, The Metro Herald, National Jurist Magazine and The International Review of African American Art.

Nestor’s personal projects span from his documentation of Mount Pleasant, the neighborhood where he resides, to his photographs of traditional weavers and spinners in West Africa. His photos of Ewe master kente weaver Bobbo Ahiagble of Ghana are featured in the award winning children’s book, “Master Weaver from Ghana” published in 1998 by Open Hand Press. He plans to continue this project in Côte D’Ivoire, Kenya and Mali, photographing traditional spinners and weavers in those countries.

His other major photo-documentary project “Cuba Reflections: A Photographic Journey,” is the result of nearly 20 trips to the island nation since 1978, most recently in 2002 and 2003. His trips to Cuba have concentrated on linking US and Cuban photographers through cultural exchange photography projects and exhibitions. In 2003, he is directing an extensive collaborative arts project, taking photography and art teachers to the island to work with Cuban children.

His images have been included in many shows Washington, D.C. and various American cities, as well as in Havana, Cuba and Accra, Ghana, and his photographs are included in the permanent collections of the Casa de Africa museum and Galería de Arte René Portocarrero in Cuba, Asafo Gallery in Ghana, the Cuban Art Space in New York and the Smithsonian Anacostia Museum in Washington, D.C. He is a member and past president of FotoCraft Camera Club, and is the 2001 recipient of the “Photographer of the Year” award, given by the Exposure Group, African American Photographers Association. In 2002 he received the “Outstanding Emerging Artist” award, and in 2003 an Artist Fellowship Grant, both from the DC Commission on the Arts and Humanities.

This exhibition was one of many by Nestor Hernandez in the Greater Washington area. His original photographs are available through the Fraser Gallery of Washington, DC and Bethesda, Maryland.