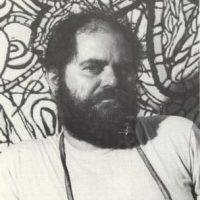 Nicholas Sperakis was born in New York in 1943 and currently resides there. He studied at the Art Students League, Pratt Graphics Center and the National Academy of Design. He is a member of the Society of American Graphic Artists (SAGA), the American Federation of Modern Painters and Sculptors, the Rhino Horn Group and the American Federation of Art. Nicholas Sperakis has won many awards and has had several one- person exhibitions in New York. His work has been included in numerous exhibitions in the United States, Europe, South America and Asia.