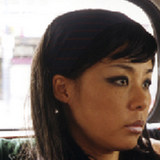 After observing particular subcultures and ethnic groups, Nikki S. Lee adopts their general style and attitude through dress, gesture, and posture, and then approaches the group in her new guise. She introduces herself as an artist (though not everyone believes her or takes it seriously), and then spends several weeks participating in the group’s routine activities and social events while a friend or member of the group photographs her with an ordinary automatic “snapshot” camera. Lee maintains control of the final image, however, insofar as she chooses when to ask for a picture and edits what photographs will eventually be displayed.

From schoolgirl to senior citizen, punk to yuppie, rural white American to urban Hispanic, Lee’s personas traverse age, lifestyle, and culture. Part sociologist and part performance artist, Lee infiltrates these groups so convincingly that in individual photographs it is difficult to distinguish her from the crowd. However, when photographs from the projects are grouped together, it is Lee’s own Korean ethnicity, drawn like a thread through each scenario, which reveals her subtle ruse.

Lee’s success with these projects depends heavily on the appearance of the final photographic record. Her use of the snapshot aesthetic is partly what convinces us that she belongs—along with her uncanny ability to strike the right pose. The electronic date stamp in the corner confers scientific specificity and authenticity, while at the same time marking the picture as candid and familiar, the work of an unassuming amateur. Indeed, sometimes they are exhibited as drug-store prints push-pinned to the wall. Exhibited as enlarged, framed works of art in a museum context, however, the photographs reveal the conceptual foundation of Lee’s projects. As a group or just mixed together, the projects support and define one another.

Lee’s projects propose questions regarding identity and social behavior. Do we choose our social groups consciously? How are we identified by other people? Is it possible for us to move between cultures? Lee believes that “essentially life itself is a performance. When we change our clothes to alter our appearance, the real act is the transformation of our way of expression—the outward expression of our psyche.”

Born Lee Seung-Hee in Korea in 1970, Nikki S. Lee chose her American name when she came to New York in 1994. (The friend she asked to compile a list of American names used those appearing in that month’s Vogue, thus Nikki S. Lee inadvertently named herself after another much-photographed and image-changing woman, model Niki Taylor.) As a child growing up in the small South Korean village of Kye-Chang, Lee was exposed to a variety of foreign cultures through the mediating vehicles of television, popular periodicals, and music. In spite of her isolation, she developed a certain empathy for other cultures, an ability to empathize with other people that is clearly integral to her projects now. Her work is also unmistakably informed by Asian notions of identity, where identity is not a static set of traits belonging to an individual, but something constantly changing and defined through relationships with other people.