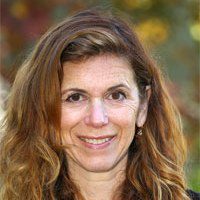 Nina Weiss is a nationally recognized artist who has been painting and drawing the landscape for over 25 years. She holds a BFA from the Tyler School of Art and K-12 Art Education Certification from the University of Wisconsin, Madison. Further study includes Graduate Study at University of Wisconsin, pre-college study at Rhode Island School of Design, and the Art Student league of New York. She is an instructor at the School of the Art Institute of Chicago, (where she is also an advisor in the Drawing Certification program), Columbia College Chicago, and the Evanston Art Center. In addition to teaching workshops throughout the Midwest, Nina travels to Europe every summer to conduct her European Landscape Workshops. Her work is held in private and corporate collections throughout the United States including United Airlines, Aetna Insurance, McDonalds, Eli Lilly, Avon, United States Customs, and many more. In 2007 she was awarded an Artist’s Residencey at the Ragdale Foundation in Lake Forest, IL, and in 2005 Artist in Residence at Acadia National Park in Maine. Her paintings and drawings can be seen in two Hollywood films: John Hughs “Just Visiting” and Harold Ramis’s “Ice Harvest”. Recent solo and two-person shows include “Nina Weiss & Yelena Klairmont” at the College of Lake County Richard T. Wright Gallery, Solo Show at the Chapter Two Gallery in Corea, Maine; and “Winter Break: Paintings & Drawings of Nina Weiss” at the Joyce Petter Gallery in Saugatuck, Michigan. Group shows include “Travel Documents” at the Koehnline Museum of Art, Oakton Community College, and “Contemporary Landscapes”, Harris Magee Gallery Jackson, Michigan. Recent publications include Outdoor Illinois Magazine “Cool Globes” (June ’07) NorthShore Magazine “Crop Circles”; (November ’05) and the Chicago Tribune “Artist’s Work Gets Role of a Lifetime” (November ’05). Television and radio appearances include WBBM Newsradio 780 “Made in Chicago”, and “Artist to Artist” with Enid Silverman, cable T.V. show.