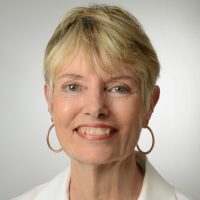 “My paintings and works on paper reflect a combination of influences beginning with my birth in San Francisco and early years spent growing up in southern California. An extraordinary high school art teacher and college professors at both Scripps College and Claremont Graduate University, Claremont, California, where I received by Bachelor of Arts degree and Master of Arts degree, respectively, motivated me to become an artist and an art educator. During these formative years, the Los Angeles fashion world provided summer employment and later led to positions as a fashion coordinator in several department stores after graduation.

National and international travel and experiencing foreign cultures have continuously influenced my artistic career. In 1969, while pursuing by MA degree, I studied art and architecture while traveling extensively in Europe. A year later, I left the United States for Japan to teach art on an Air Force Base and to study with a contemporary Japanese print maker as well as explore Japan and Southeast Asia. In 1981, attracted by the cultural diversity and dramatic landscape of New Mexico, I moved from southern California to Taos to focus on painting after having worked, creatively, for a number of years in ceramics and fiber sculpture. Since then, I have had a home and studio along the Rio Grande River corridor in Taos, Albuquerque and, currently, Santa Fe. My work, round in more than 150 public and private collections throughout the United States and abroad, reflects and incorporates an ongoing fascination with patterns found in Nature. With guidance from my inner voice, I merge abstraction and representation through the use of bold design, expressive use of color, line variation and movement.” 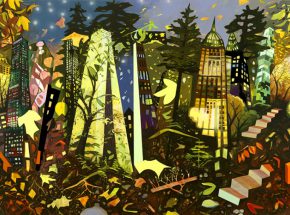