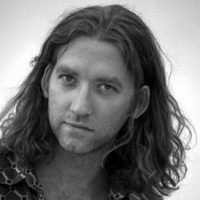 Born in Ireland, Norman Mooney studied art at the National College of Art and Design in Dublin where he graduated with honors in 1992.

Deeply engaged in process, Mooney’s work involves billowing smoke onto large painted aluminum panels. The residue of the smoke settles on the panel and is sealed with a clear fixative. The process is repeated, layer upon layer, until the density and depth of the image is achieved. The ethereal forms created appear to be in a constant state of motion. The images are both sublime and ambiguous , challenging our sense of certainty.
He has completed a number of large-scale permanent installations in both New York and Europe including “Glass Wall #3”– a three-ton hand poured cast glass installation at the Isles Residence NYC. Mooney’s work is collected widely in both the US and Europe and are in the collection of the San Francisco Museum of Art and the Mint Museum of Art among other. He lives and works in NYC.