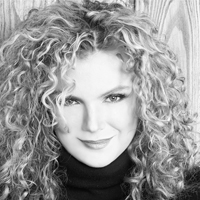 Oksana Mas is a contemporary artist who works with a variety of media employing painting and graphic art techniques, creating sculptures, installations and large-scale photo works. Her works are associated with relational art, neo-expressionism, painting revival of the 90’s, digital art and science art.

Born in Ukraine, Oksana graduated from the M.B. Grekov Odessa State Art School in 1992, in 2003 she earned a Bachelor of Philosophy from Odessa State University. The artist is currently working on a Ph.D. thesis focused on the way social media and the latest developments in digital technology allow users to co-create art.

Highlights of Oksana’s work include the “Post–vs-Proto-Renaissance” project (a prototype of the “Altar of Nations” installation) presented at the 54th Venice Biennale in 2011. At the following 55th Venice biennale the artist participated in the Collateral Events program of the with the “Quantum Prayer” project in the “Glasstress 2013” group exhibition. In 2012 Oksana won the Independent Critics Prize at the 65th Locarno International Film Festival.