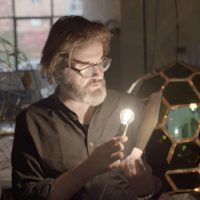 Icelandic, born Denmark (Copenhagen, Denmark, 1967)
An Icelandic citizen born in Denmark and now based in Berlin, Olafur Eliasson has created sculptures, installations, and photography all based in the natural world. His nontraditional materials (including stone, moss, water, mist, ice, fire, and light) often evoke the landscape of his native Scandinavia and occasionally intervene directly into the environment.

Eliasson’s art, however, is concerned less with ecology than with perception. Most works involve effects that do not exist independently but are completed within the viewer’s senses and mind. The experience constantly changes as both viewer and artwork move through time and space. With its seamless union of technology and primal elements, Eliasson’s work represents a fulfillment of longstanding artistic ideals and a new direction in contemporary artmaking.

Olafur Eliasson was born in Copenhagen, Denmark, in 1967. Moving seamlessly from his early photographs to sculpture, immersive environments, large-scale public interventions, and architectural projects, Eliasson uses simple natural elements—light, color, water, and movement—to alter viewers’ sensory perceptions. Predicated on the idea that “art does not end where the real world begins,” Eliasson’s work lives in the active exchange between his creations and the viewers.

Inspired by growing up in Denmark and Iceland, Eliasson’s use of natural elements evokes an awareness of the sublime world around us and how we interact with it; his projects often point toward global environmental crises and consider art’s power to offer solutions to issues like climate change and renewable energy. In addition to his installations in galleries and museums, Eliasson’s work has increasingly engaged broader audiences through permanent architectural projects and interventions in public spaces. Since 2012, Eliasson has also run Little Sun, a certified B Corporation that produces small, solar-powered LED lamps with the aim to provide clean, affordable, and renewable light to communities without access to electricity. 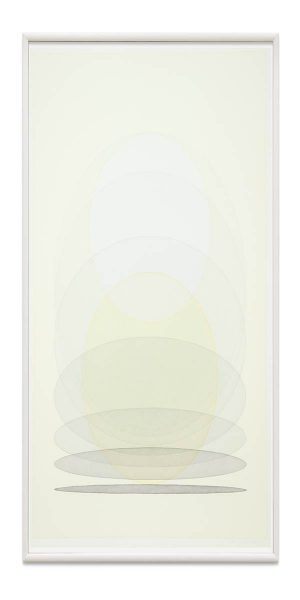