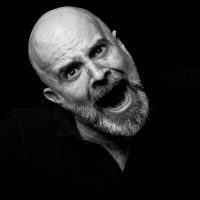 Orfeo Quagliata is an internationally acclaimed Mexican-American glass artist with a career spanning two decades. Blending design and craftsmanship, Quagliata’s art takes inspiration from his grandmother, Herta Jalkotzy, a renowned jewelry designer and member of the Wiener Werkstätte collective. The Wiener Werkstätte was a cooperative enterprise for crafts and design in Vienna, Austria for the purpose of restoring the values of handcraftsmanship to an industrial society; its jewelry, glass, and other decorative arts celebrated the beauty of geometry and became known for their elegance and innovation. Quagliata’s works follow traditional glass and jewelry techniques, while articulating his own refined and contemporary style. Together, these elements balance the form and function of design and express the organic nature of fine art.

Originally from California, Orfeo Quagliata is the son and former apprentice of Narcissus Quagliata, an iconic figure of the 1960s American Studio Glass Movement. In one of their collaborations, Orfeo helped design and construct a crystal apex dome for the Michelangelo-designed Basilica of Santa Maria degli Angeli e dei Martiri in Rome. Quagliata earned a bachelor of fine arts in industrial and furniture design from the California College of the Arts, Oakland. During school, he was an assistant to furniture designer and architect Chris Deam, creating works for Airstream and the Herman-Miller furniture company. Quagliata attended the Pilchuck Glass School, Stanwood, Washington, founded by prominent blown glass sculptor Dale Chihuly. He later established a product line for Nouvel Studio, launched a jewelry line using Swarovski elements, and founded Phuze, a company that specializes in crystal and glass design. Quagliata’s works have been exhibited in various galleries around New York and Mexico.