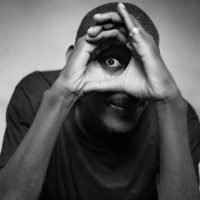 Pape Seydi Samba is one of the leading visual artists of Senegal. Born in Ziguinchor, he began to train in photographic techniques in 1986 at the Centre for Information Science and Technology (CESTI). From 2000 onwards, he has participated in workshops, exhibitions and residencies in Senegal, France, Spain, USA, Turkey, Sweden and Egypt. In the same year he took part in a collective at the Centre de Cultura Contemporània de Barcelona (CCCB) entitled the Artists and the City, curated by Pep Subirós a Spanish writer and philosopher.

In 2003, in Bamako, he was awarded the French speaking community’s prize for photography, and was a prize-winner at the 2006 press competition, initiated by the Netherlands Embassy in Senegal. Samba was invited to the the Bronx Museum of the Arts’ International Residency Program, NY, from April until June 2010. His exhibition, Transmissions Part 1, brings together two contrasting themes: group protests and the audience-fighter relationship at a wrestling match to demonstrate deeply felt aspects of his society. 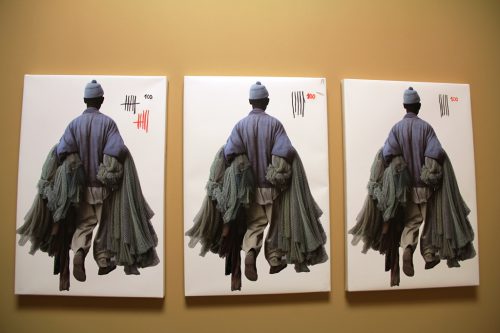