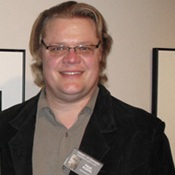 Paul Kozal, a self taught photographer, was born and raised in the southwest suburbs of Chicago. He first became interested in photography when the family camera was passed down from his father to his two brothers and then finally to him, the last in line.

While attending Benedictine University of Illinois in the 1980s, Paul began to study photography on his own since there were no art courses offered. After graduating with B.S. in Economics he went to work for Alcala’s Western Wear in Chicago as a boot designer and eventually became the photographer for the stores catalogs and advertising. He then worked at Wolf Camera as a salesperson and lab technician. A few years later, he opened a photography studio in the Chicago area specializing in advertising and studio photography. This new arrangement afforded him the opportunity to take time off and explore the Southwest, a particular area of interest. During his travels he realized that his personal photography was more challenging and rewarding than studio photography. Since 1984 he has been devoted to fine art photography and continues to do so until this day.

His photographs have appeared in numerous publications and are collected by private and corporate collections.