It is estimated that Paul Sawyier completed over 3,000 works of art during a thirty year career. During Sawyier’s “Kentucky River” period, 1908-1913, Brower’s of Lexington, a local furniture store, definitely sold over 500 watercolors. Over1500 Sawyier charcoal portraits, pastel, watercolor, and oil originals, and etchings have been catalogued. Up to ten originals are “found” each year.

There have only been a few significant collections of over ten Sawyier paintings. Most collectors were those who knew Sawyier personally, such as Mayme Bull, J.J. King, Dr.Orrin L. Smith, Leo Oberwarth, Russell McRery, and Orlando Brown. Other families, such as the Averills, Barretts, Berrys, Davis, Grahams, Lindseys, Knobles, and Staggs, had collections which have over the years been dispersed to relatives or donated to institutions such as the Kentucky Historical Society or University of Kentucky Art Museum.

Current displays of Sawyier originals are limited primarily to the Frankfort area. Paintings can be seen at the Orlando Brown House/Liberty Hall, Paul Sawyier Art Gallery, Kentucky History Center (only a few of their large collection) and the Kings Daughter’s Apartments. At times, the University of Kentucky Art Museum, in Lexington, and Speed Museum, in Louisville, also display their Sawyier paintings. 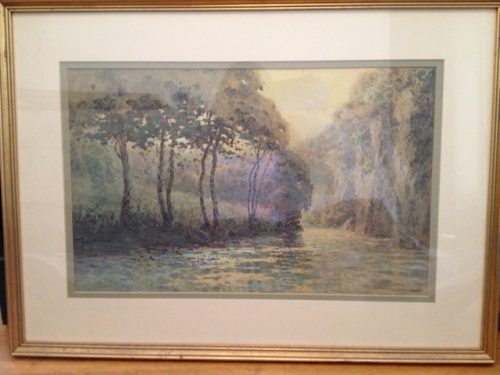