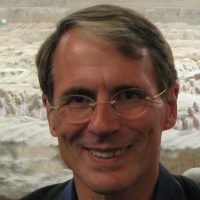 There are many people who do not ‘get’ abstract art, yet who respond instinctively to mobiles made entirely of shapes that represent nothing but themselves. At least some of the explanation dwells in five senses and a dimension that we do not normally consider when we view sculpture.

We use our sense of balance throughout our waking hours and, when our motion stops at the edge of the bed, even in sleep. We take it for granted until an effortlessly dancing mobile incites our sense of wonder: How does it work?!

Dance, theater, above all music, have been traditionally spoken of as the temporal arts because they cease, they vanish, when the performance ends. Traditional opposites are the firmly-rooted spatial arts of architecture, painting and sculpture. Mobiles engage both forms: They exist firmly in sculpture’s three dimensions, yet as the traditional temporal arts of music and dance, mobiles move and change across the temporal dimension-the fourth dimension-time.

Alexander Calder, who invented the art form, was a rare creature: a genuinely happy man. His wife described his daily routine. He would have breakfast and go to his studio and play. He would come back for lunch, then return to his studio for more play.

My shows include three signs. The first says “Enter” and the second says “Blow,” inviting people to actively engage with the mobiles. The third sign hangs at waist height near at least one mobile at that height. The sign says “Children, Push with Your Noses.”
Eugen Rosenstock-Huessy said, “We play gladly and think gladly because in these activities we feel ourselves masters of the situation: the space of play and the space of thought are the two theaters of freedom.”
Welcome to my space. Welcome to my theater. Come play. 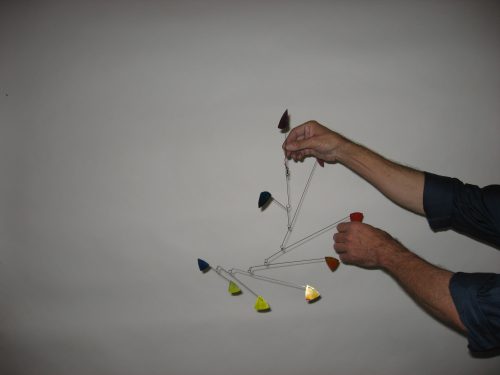 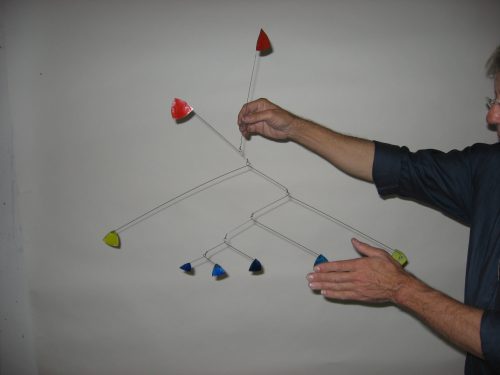 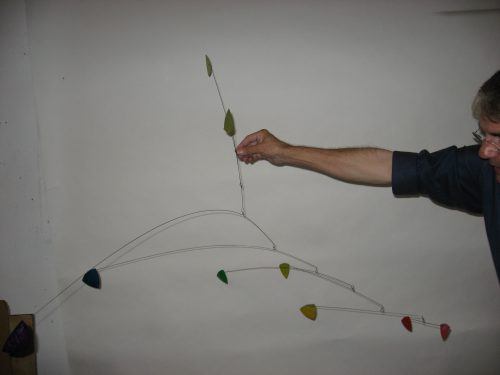 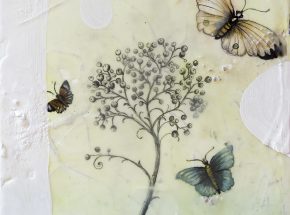