It has been more than 15 years since I started shooting underwater photography professionally. Thinking back over those years and the five preceding when I was shooting as much as I could, whenever time allowed, I keep trying to find a seminal memory in which those years are rooted. I can’t. My mind invariably goes back one of my strongest childhood memories. It was, I believe, the moment the ocean captured my heart: That memory is one of a massive school, perhaps tens of thousands, of yellowfin tuna feeding on an even larger school, hundreds of thousands, of baitfish under a pier in then isolated Jeddah, Saudi Arabia.
I had just learned how to use a snorkel.

That day I sat on a wooden ladder at the end of a pier, my mother had her fist full of my t-shirt, my head was bent down in the water, mask and snorkel on straining at her grasp. The world of air and sky above, inches away, didn’t exist as my head filled with visions of racing tuna. I belonged for that short period of time to the Red Sea and the tuna. The feeling was both exciting and completely natural. I was comfortable (probably because I had no idea what the tuna were actually doing to the baitfish). I was four or five at the time.

A lot has changed in the last few years; I have begun to shoot more top-side photography than underwater, I moved to South Africa and then back, I have had the chance to visit Antarctica four or five times (I can’t work out the cruise dates), and spent 6 weeks alone in Botswana and South Africa on safari.Yes… Alone.

Everyone I met was wonderful but inevitably the conversation came around to: “Why Alone?”, said with a furrowed brow. My reply: ‘Cause I did it for me. I needed it. I had something to prove to myself (not sure what) but its gone now and I am trying to work out how to get back there as soon as possible. I fell in love with South Africa while living in Pretoria, the capital, and it was exciting to get back there.

I was also privileged to spend ten days in Indonesia, most of it underwater and I am pleased to be able to write that after a couple of years not diving seriously with a camera it took one hour underwater (a 64 minute dive – my first of the trip) for the brain and fingers to sync again around the handles and knobs on my Nexus D2x camera housing. And then each dive just got better.

That feeling of excitement combined with a sense of innate calm remains.

Every time I get in the water, at work on a project, the rest of the world ceases to exist, the subject at hand becomes the center of my attention, my point of focus.

Photographic luminary Edward Weston once said,” Photography to the amateur is recreation, to the professional it is work, and hard work too, no matter how pleasurable it my be.” From my perspective, a slightly skewed left-field approach, doing what you love cannot be called work. It can be demanding, tiring, very hard, cold, most always wet, but never work. It is just too much fun. Shooting editorial and stock material all over the world gives me the chance to feel a sense of belonging and impending opportunity every time I near the water. I sometimes feel I am tingling with anticipation, waiting to put my head underwater, and see what the deep rich blue vastness holds.

It may take a minute or two, but once I start working, the terrestrial world goes away. I can’t imagine a day

passing without thinking about the world’s oceans, the earth’s lungs, and its creatures within. It is this awe of and fascination with the oceans that allow me to be so comfortable and well suited to marine photography. And a skilled problem solver when a job needs doing, and you have to bring back the photography.

I was born in 1959, so spring chickenhood has since past but with age has come the wisdom to enjoy life and its journey. My childhood and teenage years were spent in the Middle East, my father having been a senior Foreign Service officer. I returned to the US to go to college (U. of Co. at Boulder), and then promptly returned to the Arabian Gulf area to work for an American drilling company in the oil fields.

Those years gave me a life education and a serious work ethic:when first hired the administrative staff in the regional office took bets that I wouldn’t last six weeks. I loved the work for six years. That determination to succeed remains.

Life has been a highway ever since.

My favorite thought – the one that pulls me through frustrating times – is this: If I won the lottery tomorrow, I wouldn’t change a thing. I’d have more toys, maybe a bigger office, but I wouldn’t do a thing differently.

That is job satisfaction….. 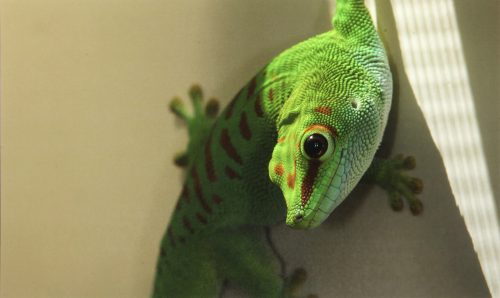