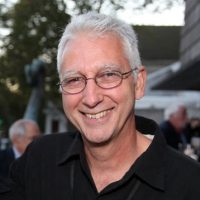 Peter Macara, born in Provincetown, is the first-born son of Nobert and Juanita Macara. Although raised in a Portuguese fishing family, at an early age he was befriended and influenced by artists in the community who saw promising talent in a young person who was very interested in art and eager to learn. Provincetown is widely known as an important art colony, in part because of several art schools established here by prominent artists. The Cape School of Painting, established by Charles Hawthorne and later continued by Henry Hensche, and the Hans Hofmann School of Painting, were two particularly important institutions of the Provincetown Art Colony. Peter can claim a connection to both of these important schools by way of his personally knowing artists who were former students who later carried on with the teachings of their mentors. He knew R.H. Ives Gammell, Robert Douglas Hunter and Henry Hensche, modeling for them as a young teenager, as well as Reeves Euler and others. The young artist was exposed to traditional artists’ way of seeing and interpreting the world through that discipline of representational art commonly seen as traditional. Peter has also known the Modernists, many of whom were followers of Hans Hofmann. Among those he knew early on, observing and absorbing significant experience from were Jim Forsberg, Fred Tasch, Fritz Bultman, Seong Moy, Myron Stout, Leo Manso and others.

Under the guidance of artist John Grillo, another former student of Hofmann, Peter Macara completed formal studies in art and art education at the University of Massachusetts, Amherst. Years later, in 1978 he was awarded a visual artist fellowship at the Fine Arts Work Center in Provincetown, where he met Jack
Tworkov and Robert Motherwell, among others. In 1979 Peter was hired by the Provincetown Art Association and Museum (PAAM) where he established and oversaw Community Arts Projects (CAPS). In time, Macara eventually became Assistant Director and Registrar of PAAM, a position he still holds today. This employment continues to provide a unique opportunity for Peter to know and work with a wide variety of artists, curators and writers who have come to know him as a reliable contact and resource.

Macara has exhibited widely, has completed a number of commissions for public sites and is in public and private collections. Peter’s acrylic paintings and collages incorporate geometric patterns, suggest antiquity by resembling relics, crumbling frescoes and mosaics. In 2001, Peter participated in Bridges, an exhibition and journey of cultural exchange to Japan arranged by Cortland Jessup Projects’ Lamia Ink!, New York. In 2005 he completed his Lands End Mural, a 48-foot long painted panorama of the Provincetown waterfront. By invitation from the Art in the Embassies program in 2010, the artist is exhibiting work at the American Ambassador’s Residence at the American Embassy in Lisbon, Portugal. Today, Peter Macara lives in Provincetown and is currently represented by Hutson Gallery. 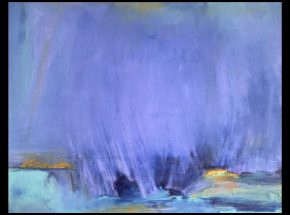