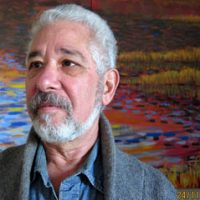 Philip Zuchman is a painter, an explorer, a writer and poet, as well as a student of philosophy, psychology and literature.

Born in New York City, he has been on his own since age 14.

Until the age of 26 he immersed himself in philosophy (B.A. Queens College, CUNY) and writing. He was awarded the Peter Pauper Press Award for two novelettes, and had a play, The Gift, produced in Monterrey, California, where he served as a Psychological Research Specialist and French interpreter in the U.S. Army.

After his military discharge, he returned to Manhattan to paint. He studied at the Art Student’s League in 1970 with Arthur Foster. The Salmagundi Club awarded him its Young Artist’s Scholarship from 1971-1975.

Zuchman moved to a farm in Walden, Vermont and earned his Masters degree in Painting while studying with Jim Gahagan at Goddard College. He then moved to Philadelphia, Pennsylvania.

Zuchman’s paintings have been exhibited worldwide with the U.S. State Department’s Art in Embassies Program of which he is a “Cultural Ambassador.” His work may be found in many private, corporate and institutional collections.

Zuchman lives in West Philadelphia with his wife, painter Deborah Gross-Zuchman. Since 1977 their painting trips have been to Italy, New Mexico, California, New England, Canada, Spain, Colombia, and Costa Rico. 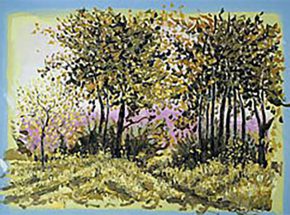 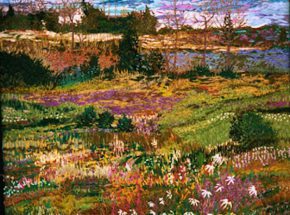