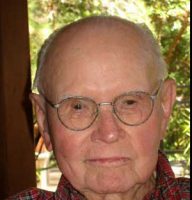 Pirkle Jones (January 2, 1914 – March 15, 2009)[1][2] was a documentary photographer born in Shreveport, Louisiana. His first experience with photography was when he purchased a Kodak Brownie at the age of seventeen. In the 30’s his photographs were featured in pictorialist salons and publications. He served four years in the army during World War II in the 37th division at Fiji Islands, New Georgia, Guadalcanal and the Philippines.
After the war Pirkle entered the first class in photography offered by the California School of Fine Arts. There he met the artists and instructors that helped him develop his talents: Ansel Adams, Minor White, Edward Weston, and Dorothea Lange.[citation needed] Jones worked as Ansel Adams’ assistant for 6 years and the two photographers forged a lifelong friendship. Dorothea Lange came to him in 1956 with an idea to collaborate on a photographic essay entitled “Death of a Valley”. The essay chronicled the death of the town of Monticello in the Berryessa Valley which disappeared when the Monticello Dam was completed. The photographs were taken in the last year of the valley. Jones later described the project with Lange as “one of the most meaningful photographic experiences of my life.”
Pirkle also took part in numerous collaborations with his late wife Ruth-Marion Baruch, over the course of their 49 year marriage. In 1968 Ruth-Marion introduced herself to Kathleen Cleaver, wife of famous Black Panther Eldridge Cleaver, and spoke of her interest in the Black Panthers and their portrayal by the media.[citation needed] It was her desire to present a balanced portrayal and to that end, Pirkle and Ruth-Marion photographed the Panthers from July to October 1968 in the San Francisco Bay Area.
Pirkle was the recipient of an honorary doctorate from the San Francisco Art Institute where he taught until 1994.
www.wikipedia.com