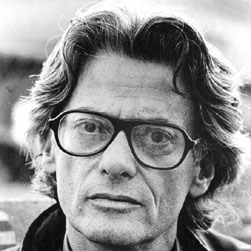 Richard Avedon (1923–2004), America’s pre-eminent portraitist and fashion photographer, photographed the faces of politics throughout his career. As the country enters the next presidential election season, the Corcoran will bring together Avedon’s political portraits for the first time. Juxtaposing images of elite government, media, and labor officials with counter-cultural activists and ordinary citizens caught up in national debates, this exhibition will explore a five-decade taxonomy of politics and power by one of our best-known artists.

Richard Avedon: Portraits of Power will include approximately 250 photographs from the 1950s through the artist’s death in 2004, displayed chronologically and grouped within Avedon’s specific editorial projects. The exhibition will include many rarely-seen and some never-before-exhibited or published photographs. A major catalogue, published by Steidl, will accompany the exhibition.

Avedon, with unparalleled access afforded by his fame and his work for such magazines as Harper’s Bazaar, Vogue, Egoiste, and The New Yorker, photographed important figures of the American political scene throughout his career. In addition to single portraits commissioned to accompany magazine profiles, the artist made several extended photographic essays with political themes.

Among these, his groundbreaking 1976 portrait series “The Family” is most significant. Commissioned by Rolling Stone magazine, Avedon made 69 portraits depicting elected officials, government bureaucrats, lawyers and lobbyists, captains of industry, and union leaders—all representatives of the American political, military, media, and corporate elite. He photographed people on both sides of the civil rights debate for his book Nothing Personal (1964), and in the late 1960s and early 1970s he documented the American anti-war movement and the war in Vietnam. In 1993 Avedon combined past work with new images for a nostalgic New Yorker photo-essay called “Exiles: The Kennedy Court at the End of the American Century.” In 2004 the artist accepted a New Yorker commission to make portraits that would illustrate “a sense of the country” during a politically fractious time. While working on the project in Texas, Avedon suffered a cerebral hemorrhage; he died a short time later. “Democracy” was published by The New Yorker in incomplete form just before the election.

This exhibition traces one artist’s fascination with the animating forces of American democracy. Seen together, the photographs comprise a kind of historical group portrait, showing key figures from a half-century of political life. They provoke questions about the complex motivations of portraitists and their subjects, who work—sometimes at cross-purposes—to depict or project an image that conveys personal history, character, ambitions, and ideals. Finally, they reveal an extraordinary career-long investigation into the complex nature of power. Surrounded by the faces of the powerful, leaders and ordinary citizens alike, the audience is itself empowered by the dialogue that results between those who use power to exercise control and those who seek it to affect change.

Richard Avedon: Portraits of Power is organized by Paul Roth, curator of photography and media arts at the Corcoran Gallery of Art.