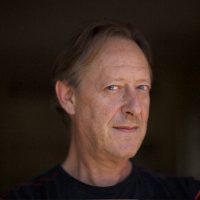 Richard L. Dana is a self-taught artist, based in Washington, DC. He has exhibited extensively in the United States and internationally. His work has appeared in over 20 one-person and over 100 group exhibitions.

Mr. Dana received an undergraduate degree in Russian Studies from the University of North Carolina at Chapel Hill in 1975 and a master’s degree in International Relations from Johns Hopkin’s School of Advanced International Studies in 1977. He worked as an economist and Soviet Affairs expert in Washington, D.C. from 1977 to 1984. For years having spent much of his free time painting, he decided in 1984 to transform into a full-time artist.