After studying at the Parsons School of Design, the Art Students League, and the New School for Social Research in New York, Richard Segalman started his career in the early 1960s working with watercolors and oils. Segalman most often depicts two or three people engaged in a moment of emotional significance, usually in a tranquil domestic setting or an ephemeral beach scene such as Brighton Beach. Segalman makes his subjects’ faces nondescript, communicating their feelings and relationships through their clothing and physical positions. Segalman’s work is often compared to Impressionism, save for the artist’s apparent connection with his models. Segalman is represented by Katharina Rich Perlow Gallery, but has also exhibited his work at Marlborough Gallery in New York, the Albright-Knox Gallery, and the Harmon-Meek Gallery in Naples, Florida. His work is in a number of collections including the Corcoran Gallery of Art, the Hirshhorn Museum and Sculpture Garden, and the Minneapolis Institute of Arts. 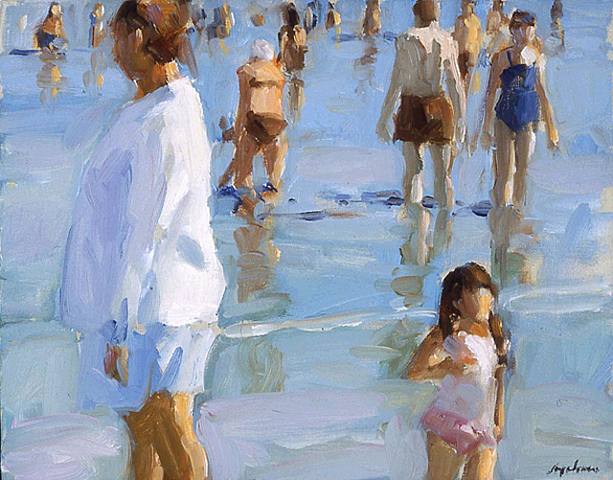 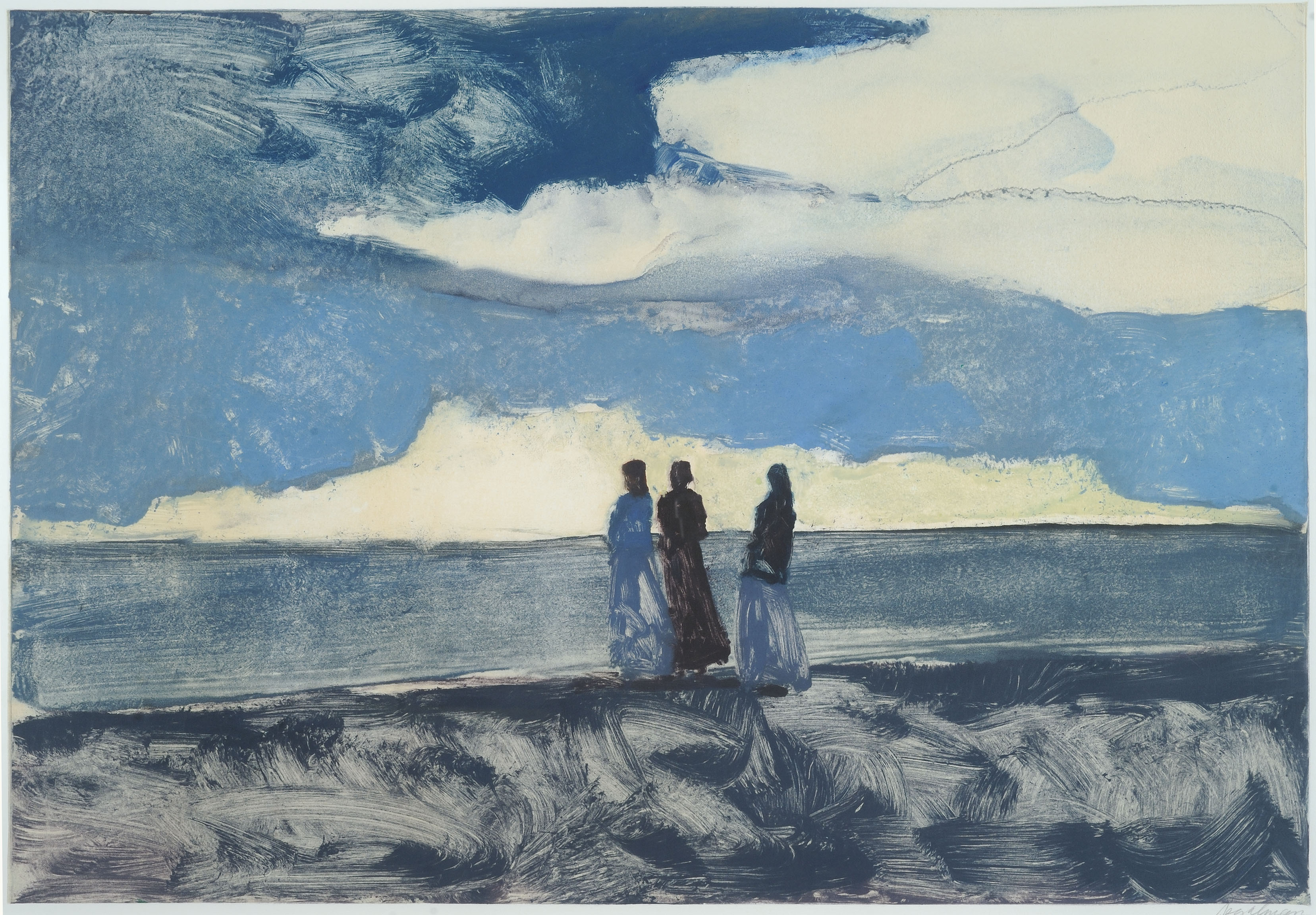