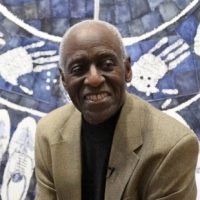 Richard Yarde is one of America’s great watercolorists. His work is highly regarded and has earned wide critical acclaim for its signature use of compositional grids of irregular rectangles, brilliant color and racial pride. He has received awards from the National Endowment for the Arts, the National Academy of Design, the Massachusetts Commonwealth Award for Fine Art and an Academy Award from the American Academy of Arts and Letters.

Yarde tackles the difficult, ‘traditionally intimate art of watercolor, and paints on a heroic scale with dazzling color, rich symbols and deeply evocative imagery. Critics have written, and Yarde concurs that his body of work has been an exploration of his own personal history. Thus, paintings from his Ring Shout Series are inspired by a sacred, healing ceremony that also enhanced community solidarity. The Ring Shout was performed as a circle dance by African Americans during the slave era and continues into the present. As such, the painting entitled Pulse represents a transformational spiritual journey that is equally personal and collective. 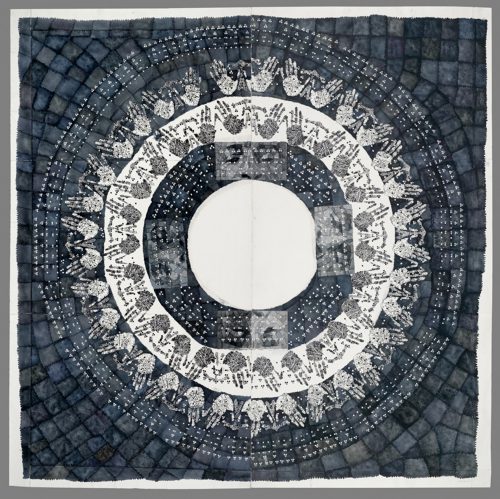