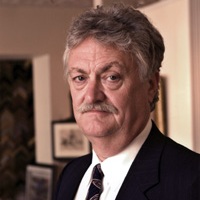 R. H. Dick is a native of Missouri, born in Kansas City. He holds a bachelor of Science in Education and a Masters in American History from Central Missouri State University. Graduate work was completed in French History and Economics at the University of Missouri at Columbia. He Has done additional work at Harvard, Yale, Columbia (New York), and at the Sorbonne University in Paris, France. As an artist he has been the recipient of numerous awards, and has had several successful one-man exhibitions. He co-authored the book, An American Art Colony: The Art and Artist of Ste. Genevieve, Missouri 1930-1940, which won the Missouri Governor’s Award in 2005. He lives in St. Louis Missouri.