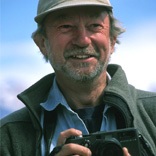 Robert Holmes is an award-winning photographer working for National Geographic, Geo, Saveur, Wine Spectator and many other major magazines and international corporations. His stock catalog of over 500,000 images is represented for licensing by Robert Holmes Photography, Corbis and Alamy Images.

Bob has traveled extensively in Asia, Africa, Europe and North and South America for the world’s major travel magazines. His assignments have taken him searching for snow leopards in the remote valleys of western Nepal for National Geographic Magazine, journeying into the rain forests of Borneo with Penan tribesmen for Islands magazine and crossing the Great Indian Desert on camel for Departures.

Willie Landels, former editor of both Departures and Harpers and Queen, called Holmes “one of the most intelligent photographers I have worked with, who also has a wonderful sense of color and design.”

Bob has illustrated over 35 books and he has regularly been one of the elite group of photojournalists invited to participate in the acclaimed “Day in the Life” series of books. He has won many awards including the coveted Travel Photographer of the Year award from the Society of American Travel Writers in 1990 and 1992, making him the first photographer to receive the award twice.

Bob is also a gifted and enthusiastic teacher who truly enjoys sharing his experiences and expertise. Bob has led workshops and tours for many organizations including Geographic Expeditions, Wilderness Travel, the California Academy of Sciences, and UC Berkeley.

Bob’s remarkable career started in his native Britain in 1975 when he covered the successful British Everest Expedition for Paris Match and Stern. The following year he visited California for the first time at the invitation of Ansel Adams and in 1979 he moved to Mill Valley, California where he resides until today.