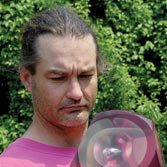 “You make glass the way you make and do anything else – like writing,” says glass artist Robert Phillips. “It’s according to who you are.”

The Saratoga, New York, native began working part-time for Mark Weiner, co-owner with Andrew Magdanz of Martha’s Vineyard Glassworks on State Road in West Tisbury, when he was in his early 20s.

“I didn’t think much of it in beginning. Thirteen years later, this is me,” says Phillips, during a break from making encalmo (multi-colored) platters. In 1996, after meeting Swedish artists at a glass conference in the States, Phillips moved to Sweden for a year. “It changed my work…” 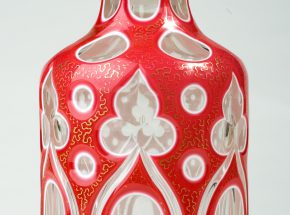