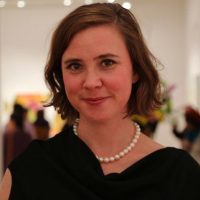 Robert Swain is one of the most influential artists of his generation. He was born in Austin, Texas, and grew up in Arlington, Virginia. During high school in the late 1950s, he spent his summers in Guatemala and Nicaragua working on the Pan-American Highway. He attended The American University in Washington, DC, where he later received a BA in Fine Art in 1964. During his undergraduate studies, he spent two years in Madrid, Spain, studying at the University of Madrid. In 1964, he moved to Provincetown, Massachusetts, and worked as a studio assistant to the American Modernist painter Karl Knaths. Swain moved to NYC in 1965 where he permanently settled in Manhattan’s Tribeca neighborhood.

In 1966, Swain began his first color-based work followed a year later by his first work utilizing the grid. He participated in his first group exhibition, Light and Line, organized by John Baldwin at the legendary Park Place Gallery in NYC in 1967. That same year he met sculptor Tony Smith who became his close friend and mentor for many years. In 1969, Swain began to develop his own color system, a project that continues until today.
Swain has exhibited his work nationally and internationally for more than 40 years. His paintings have been including in countless landmark exhibitions. He participated in the seminal exhibition Art of the Real curated by Eugene Goossen at the Museum of Modern Art, NYC, in 1968. The exhibition traveled for the next two years to the Grand Palais, Paris, France; Kunsthaus, Zurich, Switzerland; and The Tate Gallery, London, England. Swain exhibited in The Structure of Color curated by Marcia Tucker at the Whitney Museum of American Art, NYC, in 1971.

In addition to his artistic work, Swain taught in the Department of Art & Art History at Hunter College from 1968-2014, where he educated and mentored countless generations of artists. For his teaching, he was awarded the Distinguished Teaching of Art Award from the College Art Association in 1998.