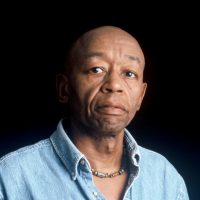 Roland L. Freeman is a Washington, DC-based photographer, whose work has been published widely and exhibited throughout the world, often along with quilts and other artifacts from his extensive collection of work by African Americans. He was the first photographer to be awarded a Young Humanist Fellowship by the National Endowment for the Humanities (1970), has received two Masters of Photography Visual Arts Fellowships from the National Endowment for the Arts (1982, 1991), the Living Legend Award for Distinguished Achievement in Photography from the National Black Arts Festival (1994), and an Honorary Doctorate in Humane Letters from Millsaps College (Jackson, MS; 1997). In October 2005, he delivered the plenary address to the Annual Meeting of the American Folklore Society in Atlanta, Georgia. Freeman was awarded the prestigious National Heritage Fellowship from the National Endowment for the Arts (2007).

Freeman, a native of Baltimore, Maryland, began his professional career in the 1960’s, photographing the Civil Rights Movement. After early photojournalism and commercial assignments, Freeman’s work has concentrated on photo-documentation related to cultural traditions. He has been a research associate for the Smithsonian Institution’s Center for Folklife and Cultural Heritage since 1972, a faculty member at several universities, and during 1997, the Eudora Welty Visiting Professor of Southern Studies at Millsaps College.

A major emphasis of Freeman’s work is his ongoing self-assigned project While There Is Still Time, a study of Black culture throughout the African Diaspora that uses the camera as a tool to research, document, and interpret the continuity of traditional African American folklife practices. This work is generally done in close collaboration with folklorists, historians, sociologists, and community activists, often in methodologically innovative ways that have been integral to his contributions to the work of photographers of his generation.

Freeman is the founder and president of The Group for Cultural Documentation (TGCD), a publicly supported tax-exempt organization established in 1991 to contribute to the strength of our nation through the understanding, preserving, and bridging of cultural identities and traditions. TGCD creates opportunities to support individuals and groups of diverse backgrounds and experiences in developing the understanding and communication skills necessary to function more effectively within the broader society.

Books by Freeman include: Something To Keep You Warm: The Roland Freeman Collection of Black American Quilts from the Mississippi Heartland (Mississippi Department of Archives and History, 1979); Southern Roads/City Pavements: Photographs of Black Americans (International Center of Photography, New York, NY, 1981); Stand By Me: African American Expressive Culture in Philadelphia (Smithsonian Institution’s Office of Folklife Programs, 1989); The Arabbers of Baltimore (Tidewater Publishers, Centreville, MD, 1989); Margaret Walker’s ‘For My People’: A Tribute, Photographs by Roland L. Freeman (University Press of Mississippi, Jackson and London, 1992); A Communion of the Spirits: African-American Quilters, Preservers, and Their Stories (Rutledge Hill Press, Nashville, TN, 1996); and, The Mule Train: A Journey of Hope Remembered (Rutledge Hill Press, Nashville, TN, 1998). Each has been accompanied by a national/international touring exhibit. Fire in My Bones: Transcendence and the Holy Spirit in African American Gospel by Glenn Hinson, photographs by Roland L. Freeman (University of Pennsylvania, 2000), won the Chicago Folklore Prize, an international award recognizing the most significant book in the discipline for the year. His latest book is a collective biography entitled, A Tribute to Worth Long, Still on the Case: A Pioneer’s Continuing Commitment (The Group for Cultural Documentation and the Smithsonian Center for Folklife and Cultural Heritage, 2006).