“For over fifty years I have been making small objects mostly out of clay, which, in the beginning, had reference to ceramic vessels. Over the years my work has evolved to forms which are less referential to pottery but still maintain much of the idiomatic elements that have been associated with Ceramics. As time has gone by, my interest in merging form and color has led me in a direction where I now think of my objects as 3-D paintings.

In addition to my visual artwork, I am also a singer/songwriter, record producer, and a huge fan of Pop music, particularly Rhythm and Blues. As time goes on the differences and similarities of both endeavors seem to feed one-another. The bottom line is; the greatest thrill for me is making stuff, whether its visual or musical. If other people like what I do, all the better.” 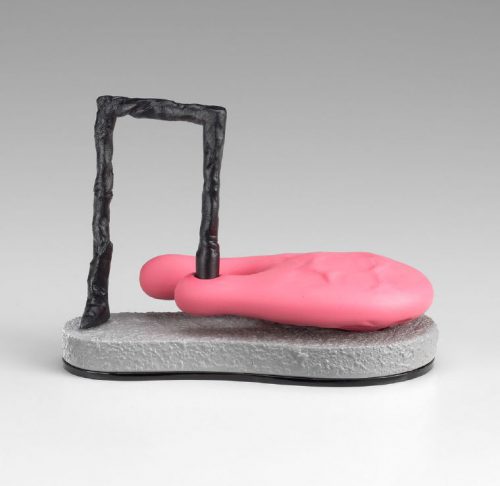