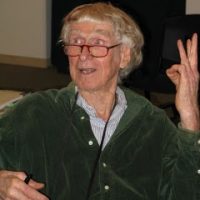 Rondal Partridge was born in San Francisco, California. He was the son of the photographer Imogen Cunningham (1883-1976) and the etcher Roi Partridge. As a child he often assisted his mother in her work. In the 1930s, he worked for the photographers Dorothea Lange and Ansel Adams. In 1940 he was recruited by the National Youth Administration to document the lives of America’s youth. He then worked as a photojournalist for the Black Star Agency in New York City, before serving as a photographer with U.S. Navy Intelligence. Following the war Partridge worked as a freelance photographer, specializing in advertising, architectural and environmental subjects. He contributed work to numerous magazines including ‘Look’, ‘Life’, ‘Scientific American’, ‘Fortune’, ‘Audubon’, ‘Collier’s’, and others.