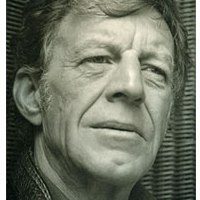 Ronald Julius Christensen is one of the most eagerly sought-after American artists. His works are in such prominent collections as the Phoenix Museum of Art, Springfield Museum of Fine Art, United Nations Plaza, and numerous American and European private collectors. He has exhibited at the Eileen Kuhlich Gallery, New York; Shore Gallery, Boston; Little Gallery, Louisville; Dallas Museum of Fine Art; Vienna International Autumn Fair; Holland Floriade, Rotterdam; Corcoran Biennial, Washington and many others.

Born in Quincy, Massachusetts, Ronald Christensen established a fine-art career as a printmaker, painter and muralist in Boston where he had studied at the Boston Museum School of Fine Art and the Vesper George School of Art. He became a teacher in Color Theory at the New England School of Art in Boston in 1963.

Christensen has murals in Boston at the Celanese Corporation of America, Continental Can Company and the National Bank of Boston.