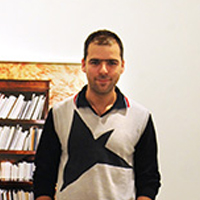 Rubi Lebovitch was born in Israel and has the wonderful ability to manipulate his own reality, transforming mundane objects and domestic spaces into strange and absurd scenarios. His work work deals with domestic scenes that contain a twist in familiar sights, thus endowing them with new contexts and meaning.
Rubi received a a B.F.A from the Bezalel Academy of Art and an M.F.A. from the Bezalel Academy of Art. He has had numerous solo shows including Gallery 39, Tel Aviv (2011), Janko Dad Museum of Art (2011), Artists’ House, Tel Aviv (2008), and in D and A Gallery, Tel Aviv (2007) and his work has been shown internationally in various galleries and museums in London, New York, San Francisco, San Diego, Houston, and Tokyo. 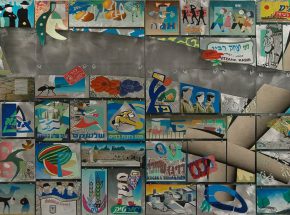