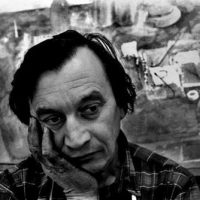 Safet Zec was born in Rogatica, Bosnia-Herzegovina, in 1943. At the age of twelve, he dedicated himself to the art of painting and drawing already showing great talent. After completing Art High School in Sarajevo, he continued his studies in Belgrade where he graduated at the Academy of Fine Arts in 1969. In 1972 he obtained his postgraduate diploma. He went on to become an exponent of the recent art style known as “Poetic Realism”. At the beginning of the 90’s he was
considered one of the most important artists of his country, representing former Yugoslavia in many international exhibitions. Until 1989 he lived and worked in Belgrade. After this he spent a few years in Sarajevo. When the war began in 1992 he left Bosnia.

At this point Safet Zec moved to Udine, Italy. All of his former works were left in his studio in Sarajevo. In Italy Zec was faced with rebuilding his identity. He started to work on new paintings, drawings and engravings. In 1994 he showed these works in his first museum exhibition together with a few older works from a German gallery. In 1996 he won the “Alpe Adria” Award for drawing in Ljubljana. The “Safet Zec” monograph was promoted in Ljubljana in 1998, during the exhibition entitled “Paintings, drawings and Engravings 1992-1998”. The artist currently exhibits in Italy, France and other countries throughout the world. Today he lives and works in Venice. 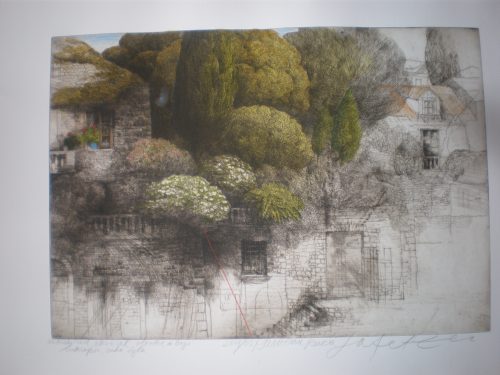