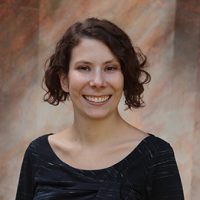 A screen divides space and unites it. Seeing what lies on the other side invites the viewer in, and yet access is forbidden. I seek to activate space by building screens. They act as architecture, as psychological separation, as filter, and distiller. My exploration is rooted in the institution of veiling in Islamic society. I draw connections to the relationship of the sexes in the West as well as the East. I hope to reveal the intersection of eroticism, the sacred, containment, and desire.
We each view the world through the veil of our fantasies, which are shaped by our culture, background, and personal experience. In a recent installation, “The Street Where You Live,” I constructed an undulating, pierced wall dividing the gallery space. The street acting simultaneously as divider and connector, the two-way street, are ideas that are embodied by the screen. The screen in this installation is a physical manifestation of the divide between us.
I am fascinated with the duality of the screen; it conceals and reveals, protects and tantalizes. It consists of matter and space. Using the language and tradition of vessels I build architectural walls and enclosures as well as functional pottery to highlight and clarify the relationships between access and denial, isolation and inclusion. I draw on the reference to the female form as vessel and explore the potential of containment. Pieces may enclose a human form, food, a document, or space.
I inscribe my work with greater personal meaning using text and labor-intensive surface decoration. I write letters and journal into the wet clay before rendering the text inaccessible by cutting through or enclosing it. This becomes an act of confession and absolution. Although I work in both small and large scale my aim remains the same in terms of engaging the viewer through an interactive and intimate experience.
A screen blurs the boundary between public and private, transforming the space, person, or object on the other side. Tension is heightened through separation and visibility. Objects and space become eroticized. By highlighting the fragility and permeability of dividers I question our often self-imposed restrictions of openness, protection and vulnerability.
Born and raised in New York City, Sarah Gross is an artist and educator. She earned a BA in studio art from Carleton College and an MFA in ceramics from the Rhode Island School of Design. She began working in clay at the age of 8 and has lived, worked, and taught across the United States. Her work is an exploration of social dividers and connectors, often embodied by pierced screens and architectural forms. 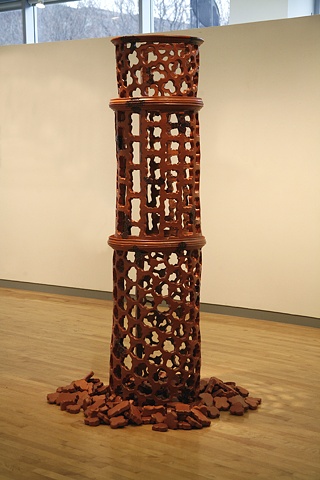