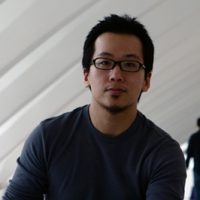 On Black Gravity and Construction / De-construction
The two terms above act as the titles to my installation, sculptural, and photographic works, as well as the titles to chapters three and six of the mindset writing series that is currently close to being finalized (collection’s title yet undecided; expected publishing date: winter 2011 or 2012). By introducing memories of the past and everyday experiences into a fictional environment consisting of similarly fictional figures and objects, I have pieced together 50 short stories that consist of an intersecting tangle of imagination and reality. I believed I possessed too diverse a selection of past episodes and too many objects of personal interest to simply claim that I express something in a particular way because of an interest in one specific matter of concern. I decided to simplify those complex mechanisms of my own thoughts in order that they could operate within a written piece composed of 50 stories.
If I had to formally categorize this work, I would say it is a piece of non-fiction that has been processed by way of fiction. The writing does not specifically express the content or meaning of my visualized work, but it does reveal an overall character and sensitivity that has been formed by that process called life. Therefore, without directly searching for meaning in my visual works, my writing will allow one to instinctively sense the appropriateness of my visual works as coming from me as a particular artist.

The Construction / De-construction series originated from the content in chapter six of the Mindset collection that I have reinterpreted visually. To put it simply, I have visually expressed the belief that the standard and basis for differentiating completeness and incompleteness do not exist. From a broad perspective, the conclusion drawn about the act of completion– frequently related to an assumption that the entirety of life and the everyday is in the form of a continuous progression–only seems like a stubborn assertion made artificially by people. If one repeats the process of building and demolishing a set of blocks, the process of demolishing becomes expropriated as a necessary process for the process of building and vice versa. Ultimately, I arrive at the conclusion that the concepts are mere linguistic classifications to differentiate dismantlement from formation.
Construction / De-construction might seem like a typographic error, but it signifies the impossibility of a separation between the borderlines of formation and dismantlement.

The Black Gravity series, characteristic of the early stages of my work, began in the year 2007 and gave rise to the Mindset series. As a work that has been visualized based on the content from chapter three of the Mindset collection, its title, Black Gravity, narrates a psychological response to weight that differs from a physical one.
One cannot measure the weight of shadows by using a physical notion of weight that is based upon a mathematical standard but I do believe that sometimes there are shadows that appear light or heavy. It sounds a bit ridiculous, but it’s probably a psychological reaction that is not entirely impossible.
To put it in a different way, it seems similar to say that something “is heavy” or “appears heavy,” but the two refer to different experiences and judgments. Therefore it follows that through the viewpoint that something appears heavy, it is possible to analyze the mass of hundred percent of the world’s objects without applying any numerical data. With the premise that the human instinct possesses this unknown ability to make such judgments, I attempted to create physical compositions that converge with certain psychological responses, such as uncanniness, darkness, complexity, ambiguity, and sublimity. In other words, I visualized that unknown instinct.
Regarding sublimity in particular-of course it is impossible, given the physical limitations, that the scale of an artwork surpass the sublimity of nature, but I do believe it is possible to evoke a similar psychological response. I believe that at the moment in which another person’s sensibilities comes into contact with the unfamiliar world which I have visualized, it then becomes possible to share a psychological situation similar to experiencing a foreign environment. The Black Gravity series originates from my desire to rouse one’s sensibilities in this manner.