Born in California, Shigeru Miyamoto received his Master of Arts degree from San Jose State University in Ceramics and Sculpture. He taught in California, Australia, and Indonesia before moving to Kauai where he built a ceramic studio, worked on commissions, produced high fire production work, and raku and pit fired sculptures. In 1990, he began teaching ceramics at the University of Hawaii at Manoa, and is now teaching at Leeward Community College. He also conducts workshops on wheel throwing, pit firing, and ceramic sculpture for schools and community art centers around the islands and on the U.S. mainland. He is active in the annual Hawaii Craftsmen’s Raku Ho’olaule’a. Shigeru has participated as an invited artist in ceramic art symposiums in Lithuania and Latvia. He has completed three State Foundation on Culture and the Arts commissions, two in conjunction with the Department of Education Artists in the Schools program. His art expresses the social, political, and cultural climate of the Pacific Rim.

“The meeting and mingling of cultures has always held my interest. Growing up on the West Coast, traveling extensively around the world, and ultimately living in Hawaii gives me a rich source of cultural diversity from which to pull the content of my sculptural pieces. Hawaii has a distinctive culture drawing from the West, East, and the Pacific Rim. This convergence is reflected in my life and my art.” 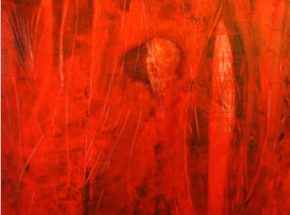