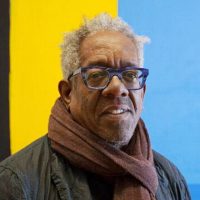 American abstract painter Stanley Whitney creates bold, abstract images comprised of unmediated squares of pure color. His interest in color relates to several abstract traditions form the twentieth century, particularly color field painting and minimalism, but Whitney also draws on many other sources, both from within the visual arts and elsewhere. Music, especially jazz, has been a significant source of inspiration to Whitney. There is an undeniably musical quality to Whitney’s paintings: the spacing and size of his squares create a distinct rhythm, the colors each suggest a different note, and the relationship of the squares of color to one another is reminiscent of musical harmonies.

Whitney is one of America’s leading black painters, but his work never overtly addresses questions of identity or race. “African American art is typically understood as depictions of the body and not the intellect. Even today, it is a fight to be an abstract artist. A fight to be outside of blackness not in a post-racial way . . . but almost in a class way, moving beyond demographics. Skin color remains, culture remains, but what does that look like—being outside of blackness as an artist, not being white and just being human?” Whitney’s abstractions are suffused with elements from black culture, but they never overtly address identity. They are evocative of many things, much like the melody of a song.

Whitney lives and works in New York and Parma, Italy. 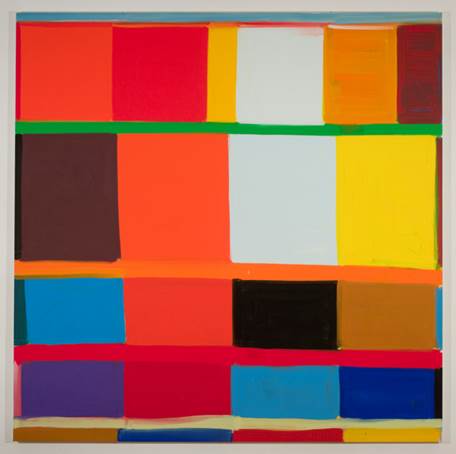