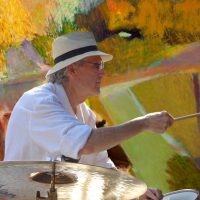 Stephen Duren was raised and educated in California, then moved to Michigan in 1978 where he taught college for eight years. In 1986 he left teaching in order to paint full-time. Stephen has shown extensively in solo exhibitions and in national and regional invitationals and competitive shows. He has been honored with grants, fellowships, and numerous juror’s awards, including over six Best-Of-Shows. His work is featured in collections across the world.