Born in Washington D.C., in 1955, Stephen Hayes received his Bachelor of Science degree in 1977 and his Master of Fine Arts degree in 1980, both from the University of Wisconsin, Madison. He has had several solo exhibitions at the Elizabeth Leach Gallery; The Art Gym at Marylhurst University, Oregon State University, Corvallis; and Portland State University, all in Oregon; as well as at Papajon’s Gallery in Kyoto, Japan; and The University of Maine, Orono. His work has been included in group exhibitions at the Northwest Museum of Arts and Culture in Spokane, Washington, as well as at the Portland Art Museum, Oregon, and four Oregon Biennials. In 2004 he received an Oregon Arts Commission Award. 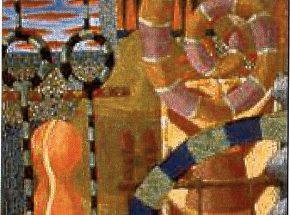