Tommy Wayne Cannon (September 27, 1946 in Lawton, Oklahoma – May 8, 1978) was an important Native American artist of the 20th century. An enrolled member of the Kiowa Tribe and of Caddo, French, and Choctaw descent, he was popularly known as T.C. Cannon.
Cannon grew up in Zodaltone and Gracemont, Oklahoma and was raised in the Kiowa culture of his father, Walter Cannon, and Caddo traditions of his mother, Minnie Ahdunko Cannon. His Kiowa name, Pai-doung-a-day, means “One Who Stands in the Sun.”He was exposed to the art of the Kiowa Five, a group of Native American painters who achieved international reputations in the fine art world and who helped developed the Southern Plains-style of painting.
T.C. Cannon joined the Institute of American Indian Arts of Santa Fe in 1964, where he studied under Fritz Scholder. After graduation from IAIA, he enrolled in the San Francisco Art Institute but left after two months and enlisted in the army. As paratrooper in the 101st Airborne Division, Cannon was sent to Vietnam from 1967 to 1968. During the Tet Offensive, he earned two Bronze Star Medals. He was also inducted into the Black Leggings Society, the traditional Kiowa warriors’ society.
While still stationed in Vietnam, Cannon had a breakthrough in his art career. Rosemary Ellison, curator of the Southern Plains Indian Museum in Anadarko, Oklahoma, included him in a major traveling exhibit, Contemporary Southern Plains Indian Art.
In 1972, Cannon and Scholder staged a joint exhibition at the Smithsonian Institution’s National Collection of Fine Arts, titled “Two American Painters.” Cannon produced a large body of work over the next six years, in preparation for his first one-man show, scheduled to open at the Aberbach Gallery in New York in October 1978. On May 8 of that year, however, he died in an automobile accident, and after a delay, the show opened on December 10, 1979 as “T.C. Cannon: A Memorial Exhibition.” Featuring 50 works by Cannon, it subsequently became a traveling exhibition, and went on display at locations such as the Heard Museum, the New Mexico Museum of Art, and the Buffalo Bill Historical Center. www.wikipedia.com 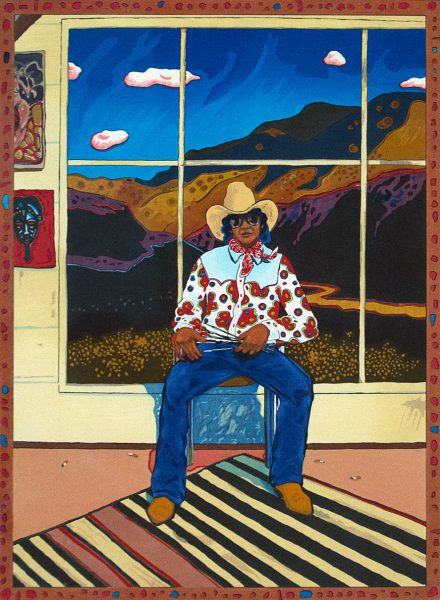 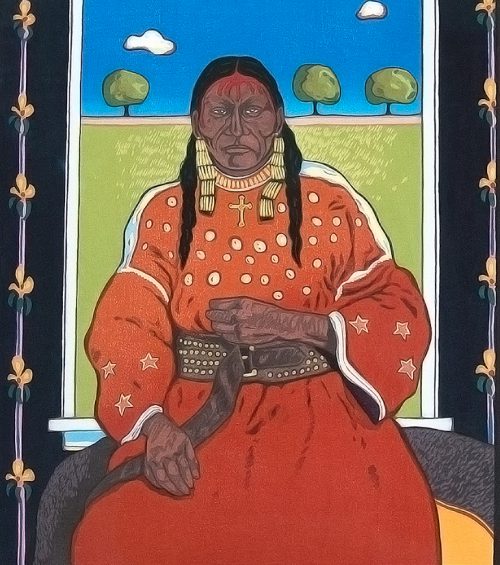