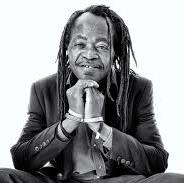 Tapfuma Gutsa, born 1956, studied art at the Dreifontein Mission School in Zimbabwe, and later became the first recipient of a British Council award to Zimbabwe. With this scholarship he studied for three years at the City and Guilds School of Art in London between 1982-1985, where he was awarded a Diploma in sculpture. After returning to Zimbabwe, he organized, in 1988, the first of a series of Pachipamwe Workshops, under the Triangle arts model, bringing together younger and more well-established artists to explore new directions for Zimbabwean art. He went on to establish the Surprise studios in 1997, providing studio space for a generation of Zimbabwean artists. In 1990, his work was included in Grace Stanislaus’ seminal exhibition ‘African Artists: Changing Traditions’ at the Studio Museum, Harlem, and he has since participated in numerous international exhibitions, workshops and residency programs.