Tayo Heuser ’s recent work includes a drawing with ropes set in a celestial background that Heuser has titled Astrolabe, an instrument historically used by
astronomers to locate and predict the positions of the Sun, Moon Stars and Planets. In the Islamic world Astrolabes were used for Qibla to calculate
the direction that Muslims should face during prayers. In this drawing the ropes represent renewal of ideas, dreams and knowledge.

Tayo Heuser was born in Washington D.C., and grew up in Africa and Europe. She received her BFA from the Rhode Island School of Design in Providence, RI and Masters degree from Vermont College in Montpelier, VT. 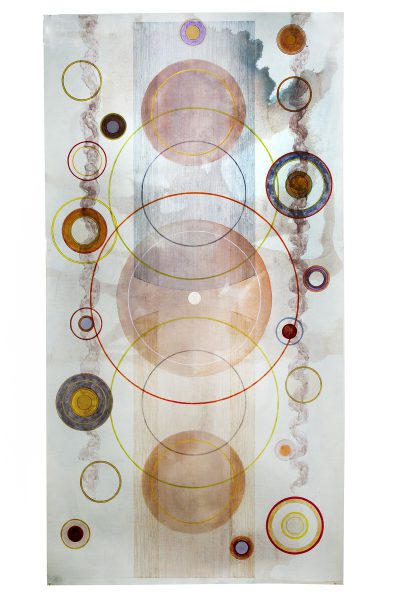