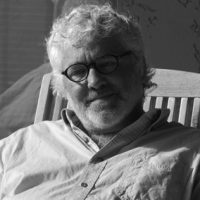 Ted Nuttall is the quintessential people watcher, a habit that has engendered an intuitive ability to capture, in his paintings, the quiet, underlying character of his subjects.

A graduate of Colorado Institute of Art, Ted is a figurative watercolorist whose painting expression was born out of his observation of people, his experience and travels as an illustrator for the United States Air Force, and a twenty five year career in graphic design. His work, as a designer, illustrator, and fine artist has won numerous national and regional awards.

Ted’s paintings continue to win awards in juried exhibitions throughout the country. This year his painting “Whispering Smith” was selected to hang in the 139th Annual Exhibition of the American Watercolor Society and was the recipient of the Edgar A. Whitney Memorial Award. The Western Federation of Watercolor Societies awarded Ted’s piece “In the Twilight of the Forest Noon” and award of excellence. His painting “Her Eyes” was awarded first prize in Watercolor West XXXV Annual show and “Winter Sun | Red Bandanna” won the coveted Skyledge Award (Best of Show) in the 28th Annual Juried Exhibition of the Transparent Watercolor Society of America.

American Artist magazine’s 2008 ‘Watercolor Highlights’ featured Ted’s painting “Waiting” on the cover and included an article about his background and painting methods as well as examples of his work. In addition, his painting “A Garden in Her Face” has been published in North Light Books’ Splash 8 and, another piece, “Ella, San Gimignano” appears in Splash 10.