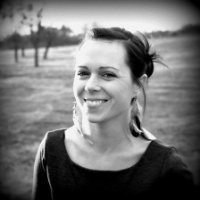 Terri Rorke most recently completed her Masters of Arts degree in Communications from The Johns Hopkins University in May 2014. She tailored her degree on social/multimedia, intercultural communication and culture shock. She is also the former editor for the U.S. Army Corps of Engineers Walla Walla District’s Intercom magazine where she produced the bi-monthly Intercom, which focuses on District news and feature articles.

The Pennsylvania native served in the U.S. Army as a public affairs specialist stationed at Fort Polk, Louisiana. She deployed to Bagram Airfield, Afghanistan in 2003 where her articles and photographs were published in the daily Freedom Watch newsletter. In Afghanistan, she covered everything from village searches with infantry members to coalition member activities serving in country. She also escorted media personnel from organizations such as The New York Times and Reuters.

Some of her deployment writing will be featured in the upcoming book, “Enduring Freedom, Enduring Voices” by Michael Walling, due out January 2015.

During her college years, Rorke was the photo editor for the University of North Carolina at Pembroke’s newspaper, The Pine Needle. She delegated photo assignments to about 20 students while contributing articles for the newspaper and designing layout. Rorke also spent time in Germany as a study abroad student in 2007 at the University of Ludwigsburg.

At graduation, she was at the top of her class in both majors and received the Top Journalist Graduate of the Year Award.

Rorke’s Army awards also include multiple certificates of achievement for journalism during her deployment in 2003 to include an award for her coverage of the Operation Carpathian Lightning mission with the Romanian Army. Additionally in 2003, Rorke received the Joint Service Achievement Medal, the National Defense Service Medal, the Global War on Terrorism Expeditionary Medal and the Global War on Terrorism Service Medal. She also was awarded the Army Commendation Medal in 2004. She also received four USACE-level awards in 2010’s Herbert A. Kassner Journalism Competition.

Her work has been recognized with awards in the annual Army-wide Keith L. Ware annual journalism contest in feature article, commentary, and photography categories for journalism excellence.

Rorke’s list of photography awards also includes two spots in the 2009 Veteran Affairs Art Festival- Puget Sound Division: 1st place for Military Combat Experience Category and 2nd place for Digital Photography in the People Category. In 2012, she was a finalist chosen out of 3,267 submitted images in the 2012 collaborative photography project “Serving Abroad…Through their Eyes”—a U.S. Department of State and the U.S. Department of Defense competition. Her photo is now included as part of an exhibit in the Pentagon, the U.S. Embassy in Kabul, and other prominent national and international locations.