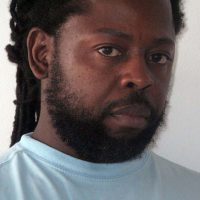 Terry Boddie’s work as a photographer and multi-disciplinary artist explores the physical and psychological landscape of memory and history framed by issues of exile, migration, globalization, and the traitorous role of memory in retaining cultural traditions. Boddie received his Bachelor of Arts from New York University’s Tisch School of the Arts in 1989 and a Master of Fine Arts from Hunter College, New York City in 1997. Recently his work has been exhibited in “KREYOL Factory” at the Parc La Villette in Paris, France and in the show “Infinite Island: Contemporary Caribbean Art” at the Brooklyn Museum, New York. His work has also been shown at the Smithsonian, The Studio Museum in Harlem, the Bronx Museum of the Arts, and the Philadelphia Museum among other venues. His many awards and honors include the Studio Museum of Harlem Artist-in-Residence, the Center for Photography at Woodstock Fellowship, and the New York Foundation for the Arts Fellowship.

Boddie uses gelatin silver emulsion, oil paint, pastel, charcoal, and graphite to examine the process of recording and re-envisioning memory through the photographic process as well as through mark making, with images that often blur the distinctions between media. Because of its mechanical nature, the camera seemingly captures time and thus renders memory transfixed and static. On the other hand, mark making is an act of imagination, or of recreation and activation in the present. The layering of images and media is a central device in Boddie’s work, reflecting the accretion of history, memory and narratives, as well as the competition between “subjective” and “objective” voices for narrative space. What is the role of the photographic medium in relationship to these issues? How can it be negotiated through other media and forms? The very nature of what a photograph is changes in the process of this interrogation. 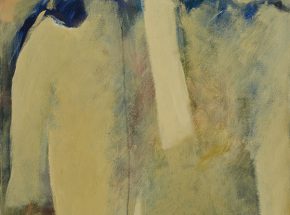