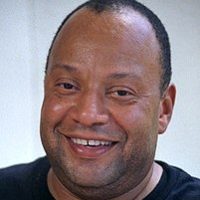 Therman Statom is an American Studio Glass artist whose primary medium is sheet glass. He cuts, paints, and assembles the glass – adding found glass objects along the way – to create three-dimensional sculptures. Many of these works are large in scale. Statom is known for his site-specific installations in which his glass structures dwarf the visitor. Sound and projected digital imagery are also features of the environmental works.

The son of a physician, Therman Statom was born in Winter Haven, Florida and raised in Washington, DC. There he developed a friendship with Cady Nolan, the son of abstract painter Kenneth Noland. In childhood Statom is reported to have told the elder Noland (who was working on his target series at the time), “I can paint like that too.” Statom attributes his early desire to be an artist to Kenneth Noland. He began his study of glass as an art medium at Pilchuck Glass School in Stanwood, Washington in 1971, going on to study sculpture at Rhode Island School of Design. He received the Bachelor of Art from that institution in 1974 and the Master of Art from Pratt Institute School of Art and Design in 1978. At Pratt he made his first works with sheet glass (which, in the glass industry, is called float glass) because the school was not equipped for hot glass working. In the early 1980s Statom received an invitation from Richard Marquis to visit the hot glass program that he directed at the University of California in Los Angeles. When Marquis left the program in 1983 Statom headed it until its closure in 1985.

His twenty-five year professional career includes exhibitions at major museums across the United States. Recent one-person exhibitions include those at the Lowe Museum of the University of Miami, Coral Gables, Florida; Chrysler Museum of Art in Norfolk, Virginia and Toledo Museum of Art in Toledo, Ohio. Internationally Statom has exhibited in Stockholm, Sweden; Paris, France; Hokkaido, Japan and Ensenada, Mexico. 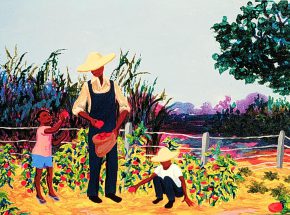