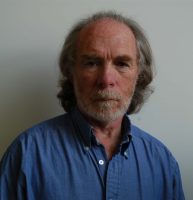 Thomas Crotty was born in Boston in 1934. He attended grammar school in Canada and High School in Boston. He left Massachusetts College of Art in his junior year in 1959, feeling that it was not a productive experience.

Crotty has had many one-person exhibitions at museums and galleries over the years, most recently a major retrospective at the Portland Museum of Art in 2003-2004. The museum published a book, Thomas Crotty: “A Solitude of Space” as a companion to the exhibition. The book catalogs the exhibition and includes illustrations of the over sixty works included. His work has also been included in numerous national invitational exhibitions over much of the United States.