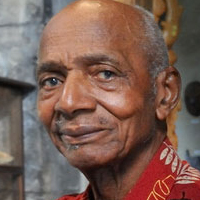 Thomas Mack, born on St. Helena Island, summons his African roots through his vibrantly colored patchwork quilts made from a blend of “Kinte” cloth, indigo patterns and burlap textured squares. African American quilting is a long-standing tradition in many Gullah families. When reminiscing about his own upbringing, Mr. Mack said, “Gullah and quilting go way back. That was a family thing. At the end of the evening after supper, everybody would sit around the fi replace and play some part in quilt making.” As a quilt maker, he has woven his ancestral history into his own version of Gullah quilt making. Mack’s design in Patchwork Indigo symbolizes the history of the Gullah people who 22 worked on many indigo plantations in the south in the early eighteenth century. The slaves had meager possessions and often used burlap for their clothing and bedding, among other uses on the plantations. African American quilts are a living memory for today’s Gullah people, telling the stories of the struggles and survival of their ancestors. 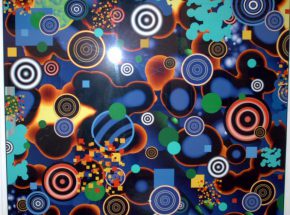