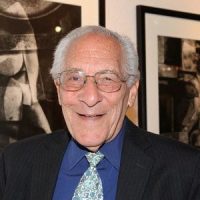 I have been a photographer for over forty years. I began my work by revisiting the neighborhoods I grew up in, eventually traveling to other places, choosing subjects as I accidentally encountered them, or they, me. In time, beginning about twenty years ago, I was drawn to the study of the human figure. Always using available light, I desire to merge the natural grace and beauty of the figure with still life, found objects and musical instruments. Relying on the techniques of collage, hand coloring, drawing and toning, as well as on the mysterious surprises that only the darkroom can reveal, I pursue the goal of creating a harmonious image for each photograph. At this point in my life, in conjunction with my studies of the figure, I continue to explore the streets of the city, coming face to face with new generations of humanity, as well as nature’s own landscapes and seascapes.

His work is in the permanent collections of the Museum of Fine Arts, Houston, TX, the Brooklyn Museum, and the Museum of the City of New York. He has exhibited in galleries in New York and Philadelphia as well as the University of Mexico and Haifa University, Israel. His prints were selected by the U.S. Ambassador to Germany for display on the walls of the US Embassy in Berlin. Photo credits include The New York Times, Popular Photography, Black & White Magazine and publications by West Publishing, McGraw-Hill, John Wiley, Harper & Row, and Penguin Group.