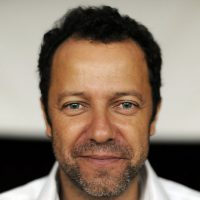 Born in São Paulo, Brazil, Vik Muniz is recognized for his photographs of reimagined, largely art historical imagery, which he creates out of a wide variety of materials—from chocolate and sugar to junk and toys. His work has been exhibited in prestigious institutions worldwide with recent solo exhibitions at the Eskenazi Museum of Art at Indiana University, Bloomington, Indiana; High Museum of Art, Atlanta; and Mauritshuis, The Hague, Netherlands (all 2016). His work is included in the collections of major international museums such as: Art Institute of Chicago, Chicago; Los Angeles Museum of Contemporary Art, Los Angeles; The J. Paul Getty Museum, Los Angeles; the Metropolitan Museum of Art, New York; Museum of Modern Art, New York; Museu de Arte Moderna de São Paulo, São Paulo; and the Victoria and Albert Museum, London; among many others.

Muniz is involved in social projects that use art-making as a force for change. In 2010 his work with a group of catadores – pickers of recyclable materials – was the subject of the Academy Award nominated documentary film Waste Land. In recognition of his contributions to education and social development including his work with the catadores, he was named a UNESCO Goodwill Ambassador in 2011. More recently, he opened Escola Vidigal, offering preschool and afterschool programs in art, design and technology to children 4 to 8 years old at the favela Vidigal in Rio de Janeiro. 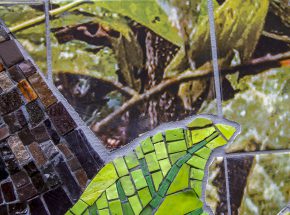