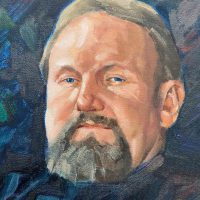 Warren Archer primarily uses bronze to sculpt the essence of the human form. Much of his inspiration comes from his extensive world travels and his study of diverse cultures. Archer has lived in Belgium and Holland; traveled considerably through Europe; visited South America, Central America, and the Middle East; and continues to tour his home continent, North America. Traveling around the world has made it clearer to him that people are more alike than different. Before he found his passion in sculpture, Archer’s artistic pursuits included graphic design, film art direction, production design, painting, and illustration. His work has been exhibited in New York, Texas, California, Colorado, and Utah. He has a studio in Marysvale, Utah.

Artist Statement of Warren Archer, born 1953
Immersed in the visual arts from early childhood, Warren Archer primarily sculpts figurative bronze to communicate the rich culture and physical diversity of humankind. I addition to sculpture, his artistic pursuits include graphic design, film art direction, painting, and illustration. Much of his sculpture education is the result of his extensive world-wide travels and his study of people in diverse cultures.
Of his work, the sculptor says, “I love the human form and its ability to touch our hearts with subtle as well as grand gesture. With my sculpture, I attempt to capture human emotions, from moments of inner reflection to explosive expressions of joy.” 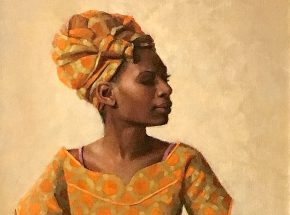