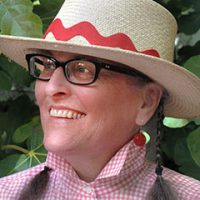 Santa Cruz, California-based artist and quilter, Wendeanne Ke’aka Stitt spent two years learning the lost art of making Hawaiian kapa, a traditional Hawaiian textile primarily used for clothing. Stitt says, “Little did I know that what I learned in those two years was just the beginning of a continuing journey to unravel the mysteries surrounding a process that was a vital, daily practice in the lives of Hawaiian women until the middle of the 19th century when kapa making was eliminated from the culture. When the kapa makers died, they took their vast knowledge of the pounding and dyeing of their extraordinary cloth with them.” The kapa-making process is laborious, involving stripping bark from a mulberry tree, repeatedly pounding it, dying it, and stamping it with a pattern. The simple, geometric patterns in Stitt’s kapa are repeated in a beautiful, hypnotic way, and the materials and colors refer decidedly to the natural world. There is a profound reverence for the simplicity of nature and natural processes in her work.

Stitt an original member of Kuku I Ka Pono – The Kapa Project, a group of Hawaiians and Hawaiians-at-heart who accepted a two-year apprenticeship in 2001 under the tutelage of Dalani Tanahy (Makaha, HI) to learn the ancient art of Hawaiian kapa making with the purpose of creating kapa cloth to use in the traditional Hawaiian burial of bones disturbed in construction and repatriated from museums worldwide. Upon completing her apprenticeship, she continued her study and regularly demonstrates the art of kapa making in public demonstrations and educational forums so that she may share her knowledge and kapa lineage with Hawaiians and Hawaiians-at-heart.

Over the past 30 years, her work has been shown nationwide including the De Young Museum-San Francisco, the Museum of Contemporary Crafts-NYC, the Oakland Museum of California, and the Snyderman-Works Gallery, Philadelphia, PA. In 2009, Stitt, along with Kumu Hula Kau`i Peralto, was a recipient of an Alliance for California Traditional Arts Living Cultures grant. This summer she was a participant in `Imiakea: Navigating Polynesian Art and Science at the Exploratorium in San Francisco . 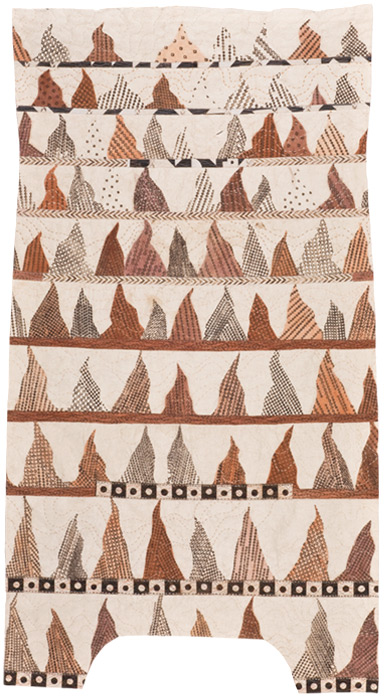